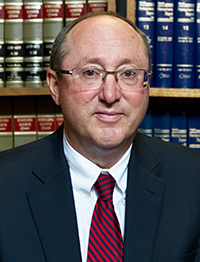 Attorney Albert grew up in Mount Joy, Pennsylvania. He is a graduate of Donegal High School, Penn State University and South Texas College of Law. He has maintained a general practice law office since 1980. From 1979 to 1989, he practiced law in Houston, Texas. In 1989, Attorney Albert and his family relocated back to the Mount Joy area. This office was opened in 1989 at its current location, 50 East Main Street, Mount Joy, Pennsylvania, where it remains today.